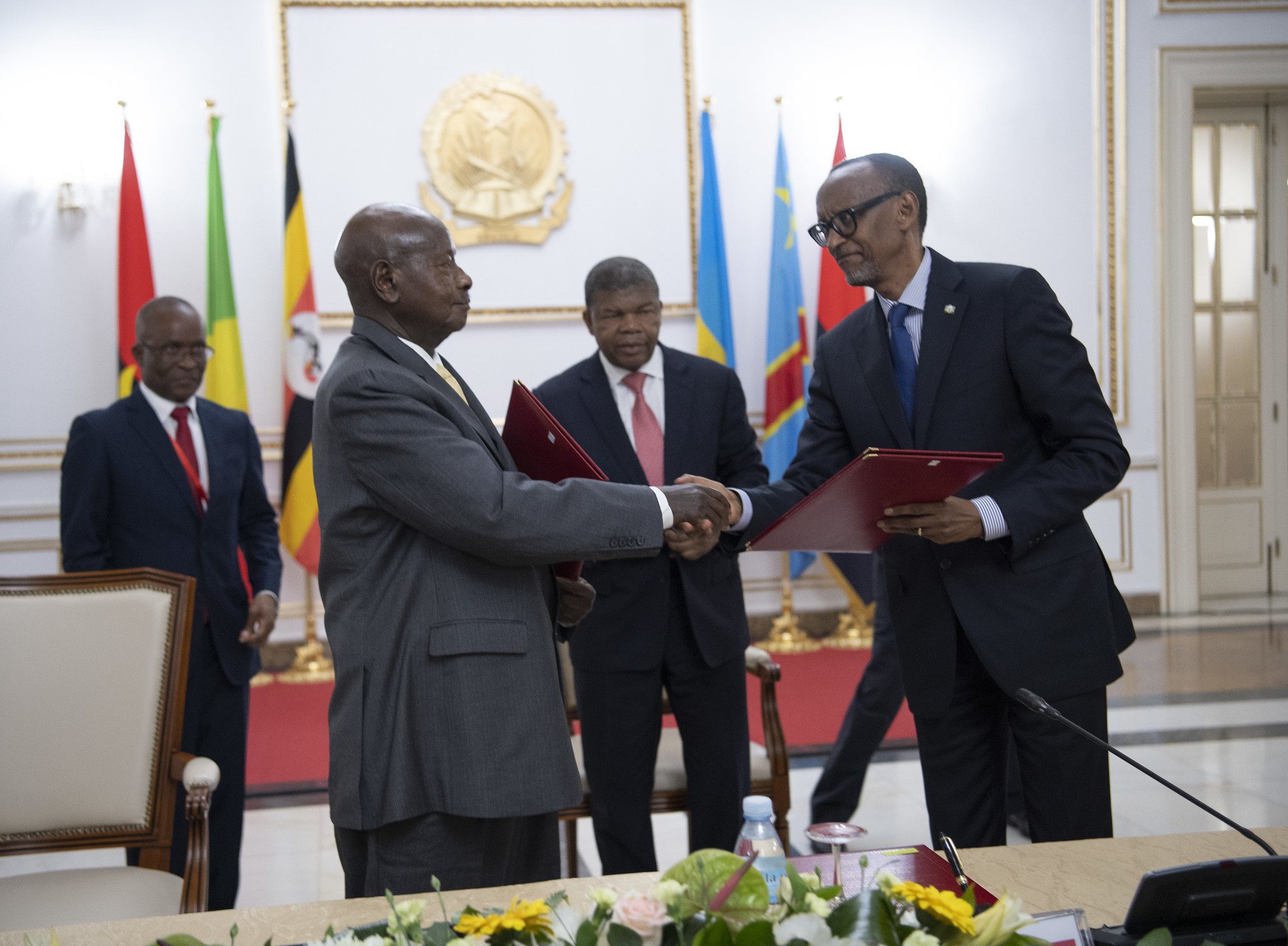 President Yoweri Museveni has expressed sympathy to the citizens of Uganda and Rwanda that have been affected by the closure of the Katuna border and called for patience, saying a lasting solution is being sought to solve the problem. He expressed optimism that with the independent facilitators from Angola and the Democratic Republic of Congo (DRC) the truth will come out because the NRM government stands for the truth.

The President was speaking to hundreds of Ugandans who had gathered at the Katuna border post waiting for the outcome of the summit.

The 4th quadripartite by the heads of states of Uganda, Rwanda, Angola, and the Democratic Republic of Congo ended this afternoon with Uganda and Rwanda signing an extradition treaty in line with the 3rd quadripartite summit held in Luanda Angola.

The extradition treaty constitutes among others the legal framework to handle cases of justice including those related to subversive activities practiced by either national in the territory of the other party.

In the communiqué read by the Angola foreign minister at the end of the day-long summit, the heads of states expressed gratitude at the progress that has been registered regarding the commitment by Uganda and Rwanda to eliminate the tension between the two countries. They particularly hailed the release of prisoners from both sides and the guarantee to continue this process in observance of the rule of law and international humanitarian laws.

The summit further recommended that the Republic of Uganda should within a month verify allegations by the Republic of Rwanda about actions by forces hostile to Rwanda working from the Ugandan territory.

They said that if the allegations are found to be true, the Uganda government will take all measures to stop it and prevent it from happening in the future.

The summit recommended that the verification and confirmation of the allegation by Rwanda must be done by the Ad-hoc ministerial commission for the implementation of the memorandum of understanding of Luanda.

The summit further observed that once the above recommendation is fulfilled and reported to the heads of states, the facilitators will convene a summit in 15 days at Katuna for the opening of the border and the subsequent normalization of the relationship between the two countries.

President Yoweri Museveni and President Kagame commended President Joao Manuel Goncalves Lourenco of Angola and President Felix Antoine Tshisekedi of the Democratic Republic of Congo for their dedication and for always being available in search for a peaceful solution in the framework of reconciliation between the two sister countries.

During several stop-overs where hundreds of Ugandans had gathered to wait for the President at Katuna town and Kabale municipality, he explained to Ugandans what led to the closure of the Rwanda border.

He added that those that the government of Uganda arrested were handed to them and the government was not aware of the presence of such people on Ugandan territory.

He added that for the case of Rwandan citizens that were arrested in Uganda for cases such as espionage and kidnap of people on the Ugandan soil, he has instructed for their pardon and immediate release. However, he said those arrested for crimes such as murder and rape will have to face trial in accordance with the Ugandan laws.

PRESIDENT URGES USE OF FACE MASKS IN THE LOCK DOWN.