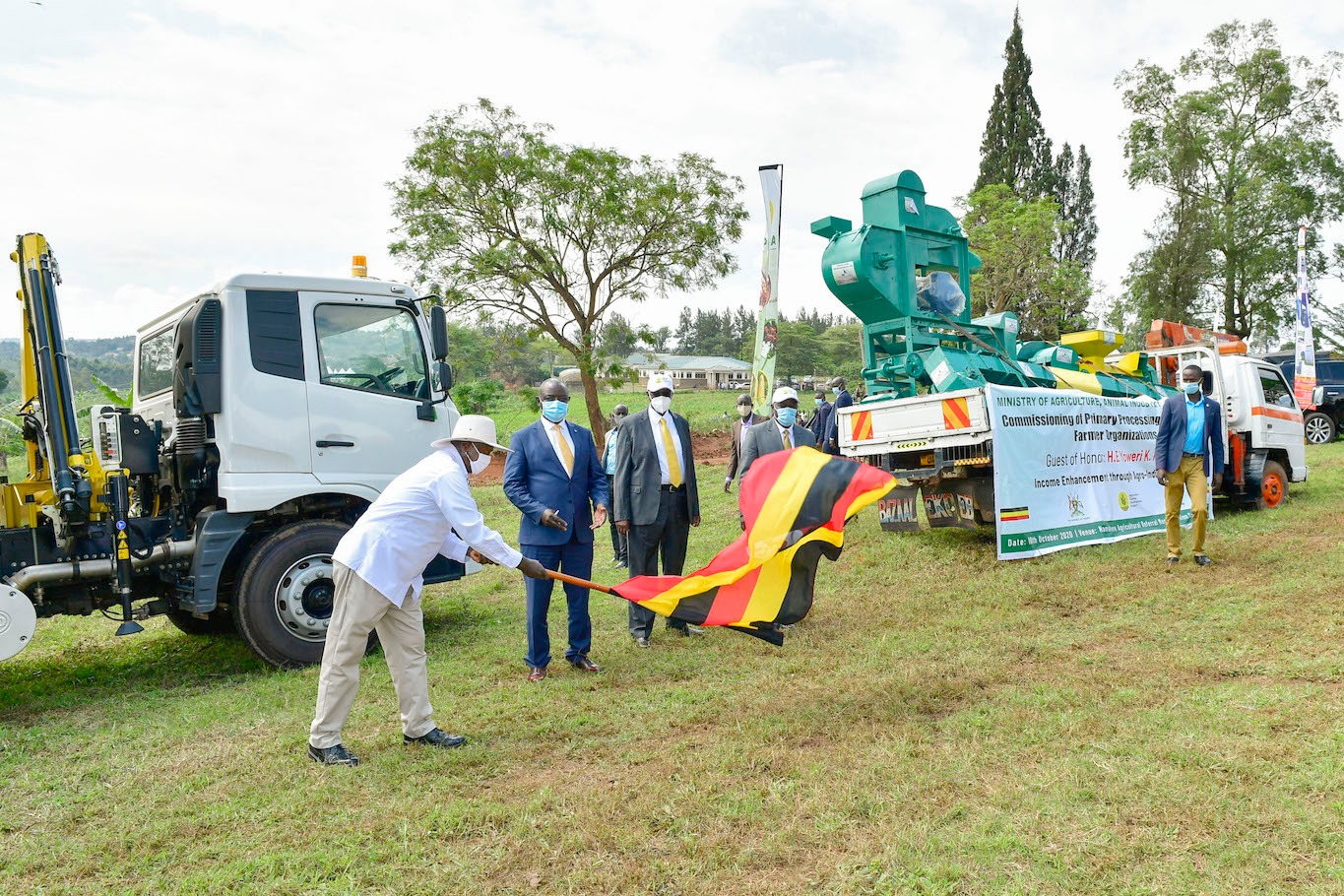 During the commissioning ceremony, the President also handed over a cheque worth 60 billion shillings to the recently awarded grant beneficiaries.

The equipment, which is part of government support to Agriculture Cluster Development Project (ACDP) under the Ministry of Agriculture, Animal Industry and Fisheries (MAAIF) is aimed at increasing on-farm productivity, production, and marketable volumes of maize, rice, beans, cassava and coffee and are being implemented in 57 districts across the country.

President Museveni thanked the Ministry of Agriculture Animal Industry and Fisheries for its initiative of switching onto modern methods of agro-processing saying that there was a lot of laxity in implementing the programme based on the No.5 of the 10-point program of NRM; ‘Build an Economy that is self-sustaining’.

He noted that since 1986, the NRM government has accelerated the industrialization policy reducing the importation of items like milk products, processed fish, drugs, cooking oil, textiles etc.

“Initially, milk products were being imported. Today, a big quantity of milk is processed here and the market is not enough. In addition, I am now busy building a leather processing plant to stop the importation of leather products”, he said.

Mr Museveni said that up to now, Uganda still imports mere paper products at the tune of US$300million. He said soon, we shall start using banana fibres to produce paper.

He said the government has plans to begin a project of planting bamboo trees in the area of Singo in Kiboga district so that the country can locally produce quality paper products that can be used to make banknotes.

The president warned the MAAIF from importing what he called ‘fake’ crop seeds, urging NARO to start multiplying indigenous crop seeds crops like onions, pineapples, bananas etc that have a natural compound of food flavour.

“I appeal to the managers of the agriculture sector to stop importing such seeds. Revert to indigenous plant seed multiplication,” he said.

He was happy to note that agro-processing machines that were commissioned are locally fabricated in the country by Musa Body company and other companies.

“What we are doing today is just the beginning, we are going to have a massive launch. We have woken up. We are going to do more,” he said.

The Minister of MAAIF Vincent Ssempijja said that post-harvest and value addition equipment and machinery is part of community investments, which is expected to stimulate local farmers savings and investment in agriculture.

“The equipment will also improve on the incomes of farmers with small farm holdings”, he said.

The ACDP project Coordinator Henry Napelet Opolot said that the project is a government initiative, being implemented by MAAIF with $150 million US dollars credit facility from IDA of the WB, whose matching grants have been signed with 193 area commodity cooperative enterprises (ACCEs) in 24 pilot cluster districts across the country.

One of the beneficiary, from Rukiga district representing Karubanda Tukorere Hamwe farmers cluster, Christine Muhwezi testified that the group elevated its beans produce from about three bags of beans to 9-12 bags of beans after being equipped. “On one acre of land, the production has also increased from 2000-20,000 tonnes of beans. 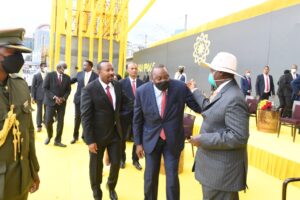 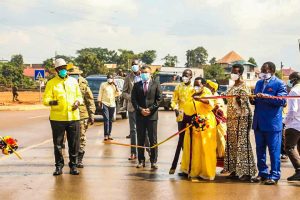