President Yoweri Museveni has said that the issue of food systems is multi-dimensional and several areas including improved seeds and agro-practices, storage and post-harvest handling, improved agricultural mechanization, good infrastructure like roads and railway lines as well as electricity need to be paid special attention to in order to build resilient food systems.

He cited other areas including the use of fertilizers, irrigation, markets, proper management of crop and livestock diseases, pest and vermin as well as soil mapping.

The President also mentioned over fishing in some lakes like Victoria that need proper management.

The President made these remarks at the virtual Africa Green Revolution Forum (AGRF) Presidential summit held in Nairobi ahead of the United Nations Summit that will take place in New York starting from the 23rd September 2021.

The AGRF Presidential summit was hosted by President Uhuru Kenyatta of Kenya and run under the theme, ‘Pathways to recovery and Resilient Food Systems’.

The President pointed out that Uganda is not short of food but instead has food surplus that necessitates a big market beyond its borders.

“Uganda does not lack food, on the contrary we have surplus of produce like maize, bananas, milk and beef. Farmers would only produce more reliably if they had markets,” he said.

The Presidents discussions will culminate into a summit declaration, a multi-sectoral statement that will capture the  progress, and commitments made as part of the AGRF 2021 Summit’s contribution to the UN Food System Summit.

The summit discussed the future of food systems on the continent and how to boost resilience as well as competitiveness. The leaders also looked at the pathways and actions to accelerate recovery and resilience in African food systems and nutrition security that are key in achieving the Sustainable Development Goals (SDG’s) by 2030.

Welcoming his guests to the virtual summit, President Uhuru Kenyatta of Kenya urged African leaders to work together to identify solutions to some of the challenges faced by the agricultural sector that include among others digital agricultural solutions and as well as effects of climate change.

He also urged leaders to encourage the youth in their countries to understand the value and profitability of agriculture.

“We should ensure that it is nutritious to our children,” he said.

He urged leaders and all stake holders to use the summit to cement Africans’ position in the transformation of food systems in Africa.

The AGRF 2021 Summit is a defining moment in highlighting and unlocking the political, policy, and financial commitments and innovations the continent has made and that it continues to work towards achieving. It is about advancing the commitments made at the Malabo Heads of State Summit and working hard to achieve the Sustainable Development Goals. 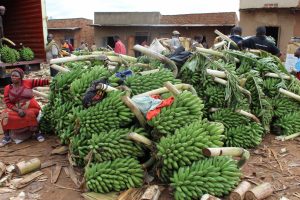